Black and White, or Shades of Grey? 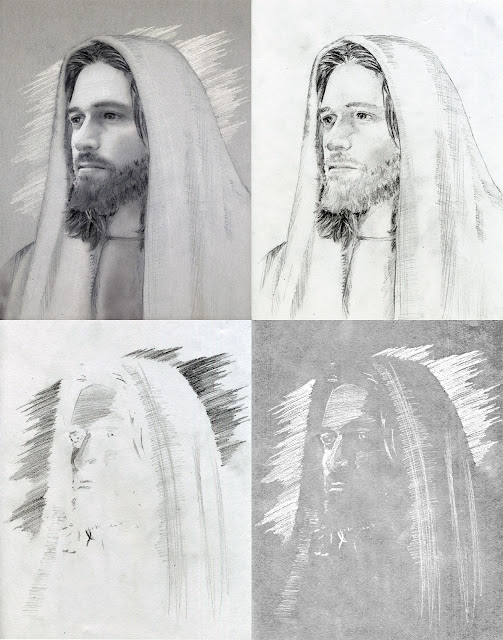 For those that know me and my art style, they know that I like to use the computer a lot in the production of my work. Even when I create an original oil painting, I spend a lot of time on the computer first creating a good reference photo, tweaking placement, colors and contrast just the way I want it before I get into the actual painting. I may spend more time in the “planning” stages than I do in my actual painting. Often times my work is a blend of the digital and the traditional. I love the flexibility and choices that these digital tools offer.  In the drawing below, I decide to purposefully blend the two mediums. I began with two quick sketches using a normal pencil on plain white copy paper. The first being the basis of the drawing, the second being a reversed “highlight” area. I then inverted the second sketch using photoshop to get the bottom right image. After combining the two, I spent a lot of time balancing the merged image using different shades of grey to make it l
Post a Comment
Read more

God Speaks to Me - This is How 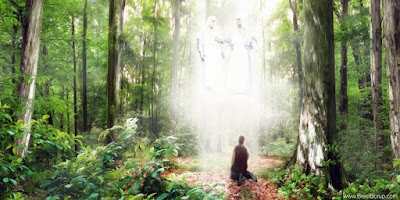 "Does God really want to speak to you? Yes!" -Russell M. Nelson, living prophet and president of the Church of Jesus Christ of Latter-Day Saints  "Pillar of Light" by Brent Borup  God speaks to mankind today, He still has prophets that he speaks to, He still calls representatives to witness and testify of Christ, and ... He also wants to talk to YOU. We can all receive personal revelation.  I think that there is a lot of confusion and ignorance about our ability to receive counsel directly from our Father in Heaven. God speaks to us all the time, but usually in a way that we need to listen closely to understand. Can He actually appear to somebody and speak with them face to face? Yes! Does he do so often? No. Can He actually speak to us using words? Yes! Does He do so often? No. How does He communicate with us? In the simplest of ways. Think Binary. The most simple of languages. Ones and zeros. True or false. Yes's and no's... YES or NO
Post a Comment
Read more 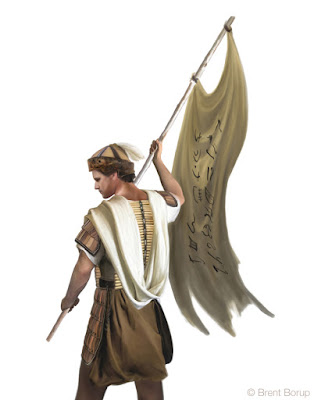 “Yea, verily, verily I say unto you,  if all men had been, and were, and ever would be, like unto Moroni, behold, the very powers of hell would have been shaken forever ; yea, the devil would never have power over the hearts of the children of men.” ( Alma  48:17) A while back, I had a chance meeting with an old bishop of mine as I was visiting my hometown. He invited me to his home and we visited for an afternoon about past memories. I realized at the time how grateful I was for him and his family. His sons influenced my life in a very positive way... they are a few of my many heroes. His son Matt was a few years older than me. I remember once at school, a fight broke out. A circle quickly formed around the two boys, with the crowd egging them on, chanting "Fight! Fight! Fight". It was like something right out out the movies. Then, something interesting happened. Matt walked into the middle of the circle with a big smile on his face. He walked up to the boys
Post a Comment
Read more 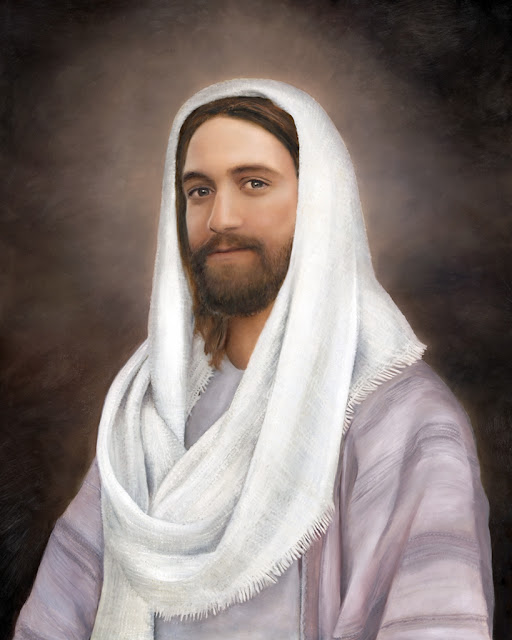 I am pleased to present my newest original oil painting available for sale. "Rabboni" by Brent Borup "The Aramaic word  Rabboni,  used by Mary to address the resurrected Savior, is used only twice in the New Testament. In  John 20:16 , the King James translators retained the Aramaic word and John’s translation for his readers, which is “Master.” In  Mark 10:51 , the word is translated as “Lord.” The title  Rabbi  was used for respected teachers among first-century Jews.  Rabboni,  a more lofty form of the title  Rabbi,  was a title that was rarely used and was usually reserved for highly esteemed teachers who had both divine knowledge and authority to teach others." text from LDS.org Many of you may know that it is very rare for me to actually sell one of my original oil paintings. I want to explain to you the reason that I am choosing to make this new painting available now. Elder Borup Mexico, Mexico City Chalco Mission My son Ethan has recently le
Post a Comment
Read more

Living with God - Before We Were Born 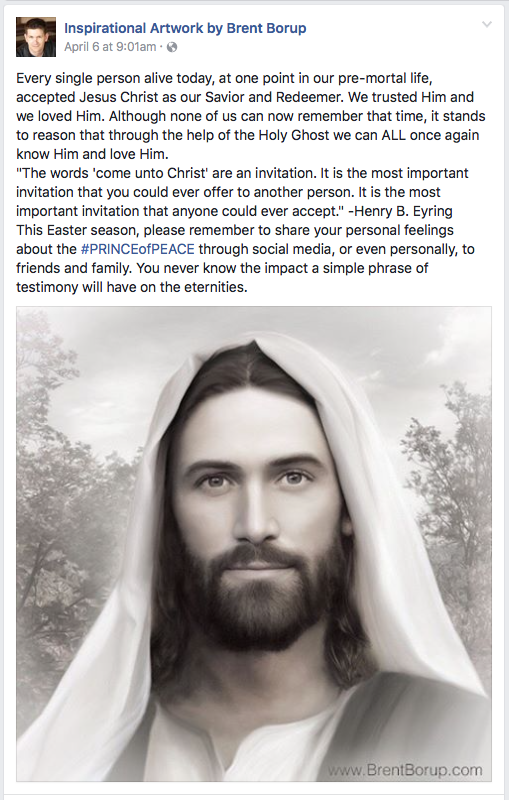 A few months ago,  I wrote the following post on my  FaceBook page . The idea was a simple one. I wanted to remind people that since we all accepted Jesus Christ before we came to this earth, then sharing our belief in Him shouldn't be a hard thing to do. The response to this post was overwhelmingly positive, however, there were some replies that took me by surprise (examples shown).     I believe in the idea of a pre-mortal life. Although there are plenty of scriptural references to back up this fact, I am not writing this blog post to debate, or even to prove, but simply to present information that I know to be true. I share with you my testimony of important, life changing stuff here!  Many people do not know where they came from, and because of that fact, they don't know their own potential. You are a child of God! The seeds of divinity are within you! We existed before we were born. As spirits, we lived with our Father in Heaven. God presented us with a
1 comment
Read more 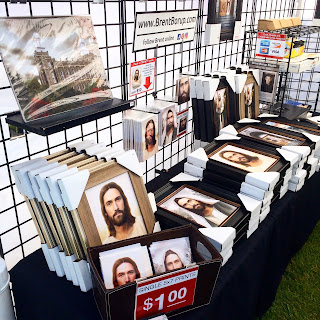 With the summer festival season upon us, I have been very busy building up inventory. I thought I should write a quick post to let people know where you can find me this summer. OREM SUMMERFEST - JUNE 9th-10th This will be my first year attending Orem Summerfest. I will be in the City Center Park both days until 10:00 PM. MORMON MIRACLE PAGEANT (MANTI) - JUNE 15th-17th and 20th-24th There will be two vendor areas set up during the pageant. I will be in the main vendor plaza off of Main Street. I'm very excited for this show, I may have to sneak over one night to see the pageant. AMERICA'S FREEDOM FESTIVAL (PROVO) - JUNE 30th, JULY 1st, 3rd-4th Although I have attended an art show held every year inside the old courthouse building, this will be my first year with my own booth outside. I will have a greater selection available. FINDERS FAIR (FARMINGTON) - JULY 8th This one day show takes place in Fountain Square at Station Park SPANISH FORK FIE
Post a Comment
Read more

Focusing on the One 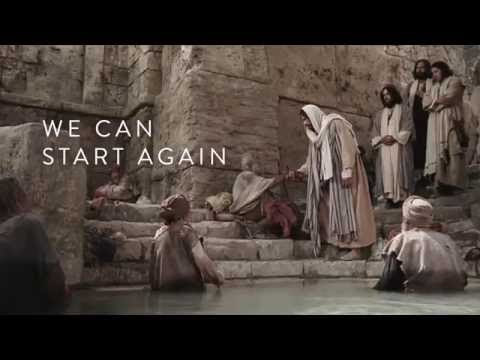 One of the things that I really love about my church is the Christ centered media campaign that they initiate every Christmas and Easter. I first became aware of this bi-annual media surge by watching the "Because of Him" video that you may have seen being shared around social media a few years ago. It was powerful. It was peaceful. It gave me hope and it helped me know that I can start over again everyday... that I can be better, everyday. I admit that I still watch this video every now and then when I need a spiritual lift in my life.  The feeling I get while watching it is the Holy Ghost testifying of the truth contained in the video. I absolutely love the fact that so much effort is put forth to introduce people to Jesus Christ, and the difference He can make in your life. Last November I met with a group of people that were learning about the then upcoming #lighttheworld Christmas campaign. The idea behind this campaign was to spread the word that we can make the
Post a Comment
Read more
More posts

Brent
Brent S. Borup was born in Boise, Idaho in 1975. The third of six children to Keith and Judy Borup, he loved growing up in the small treasure valley town of Meridian, Idaho. Attending Centennial High School, he developed a love for art and made it a life goal to pursue art as a career. In 1994, Brent was called to serve as a full time missionary for the Church of Jesus Christ of Latter Day Saints, serving in the Mexico, Monterrey South Mission. Upon returning home, he attended both Boise State University and the College of Southern Idaho, where he met his beautiful wife and fellow artist Jeanette. Brent currently lives in Preston, Idaho with his wife and three children, fulfilling his dream of being an artist. He considers it a great blessing to be able to share his talents with the world. 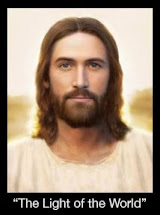